Wow! August, what a month it was!

So we started off the month with an impromptu trip to sunny cornwall. We kind of knew we were going to take a trip but we weren’t too sure of when and where. We literally booked up on a caravan park the Friday night and set off on the Saturday morning to Holywell Bay, Cornwall.

We spent a few nights at Holywell, which was absolutely gorgeous! The resort was beautiful, the kids really enjoyed the play parks, the entertainment and the beach and myself and daddy really enjoyed having a relaxing few days. We watched sunsets late at night, went rock pooling and had just a fantastic few days away. 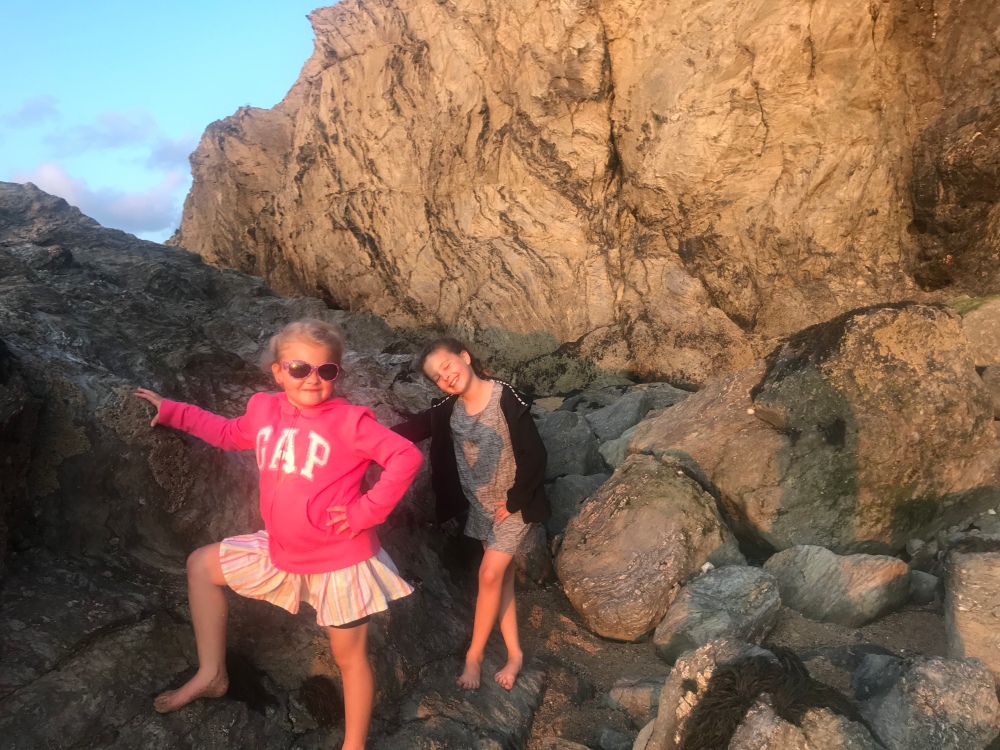 We didn’t want the fun to stop, so once our break had finished at Holywell we dropped onto another caravan holiday park in Newquay, called Hendra. We have holidayed here before and we all love it so so much, it just feels like home to us. So a week we booked!

Whilst we were here we visited Towan Beach, Lusty Glaze, Newquay town, The Eden Project, Perranporth Beach, Crabtock Beach and Holywell bay again – where we bumped into some school friends and had a fun filled day in the sea. We had pool days at the resort – even I got into a bikini and enjoyed the pools and water slides. We enjoyed the night time entertainment, pantomimes, we dined out by the sea, the kids got themselves hair braids and feathers and we spent lots of pennies in the local shops.

The following week, we were still just having too much fun in Cornwall to come home so we booked onto another local caravan park… why the hell not!… it wasn’t  too far from where we were in Newquay called, Monkey Tree. This park was a little bit more down to earth and laid back than Hendra, but we still enjoyed the facilities and had an incredible week away here. The children absolutely loved the nighttime entertainment in the venue, I think their favourite was meeting and watching an X Factor contestant perform on the stage, Benjamin Mathews. His show was awesome, such a fab performance – even daddy had a little sing song with him! During the week we sampled a few local ales and Gins, shopped until we dropped – again! Tried some local foods, played mini golf, spent a day at Fistral Beach, swam in the sea, took a trip to St.Ives – which is just such a gorgeous place to be. We visited Porthminster Beach – and what a gem it was! I think my favourite beach we visited this week was Caribs Bay. Just stunning! We spent the whole day here, so relaxed! We had another trip to the Eden project also as the weather started to turn on us – which ended our break away and we returned home to the rain. Booooooo! 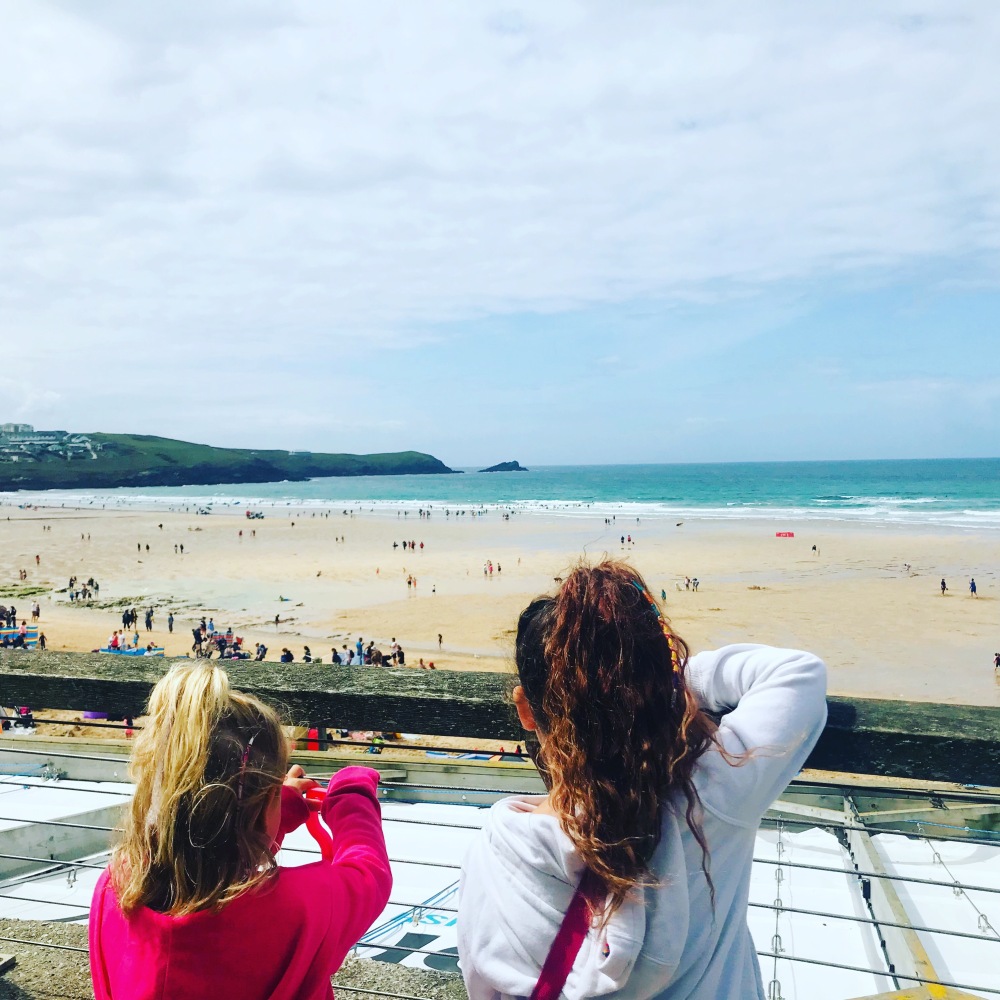 It was nice to be home. Early nights all round and catching up on some well earned sleep, showers and clean sheets was heavenly! Safe to say I think we were all happy to be home.

Daddy had a few days at work so during this time, myself and the girls had a stroll in the rain with a hot cocoa by the lake, we went swimming, harvested some potatoes and leeks from the garden and made homemade leek and potato soup, we potted some new plants, made waffles and doughnuts and even built an extension on the bunny hutch! We have been busy! 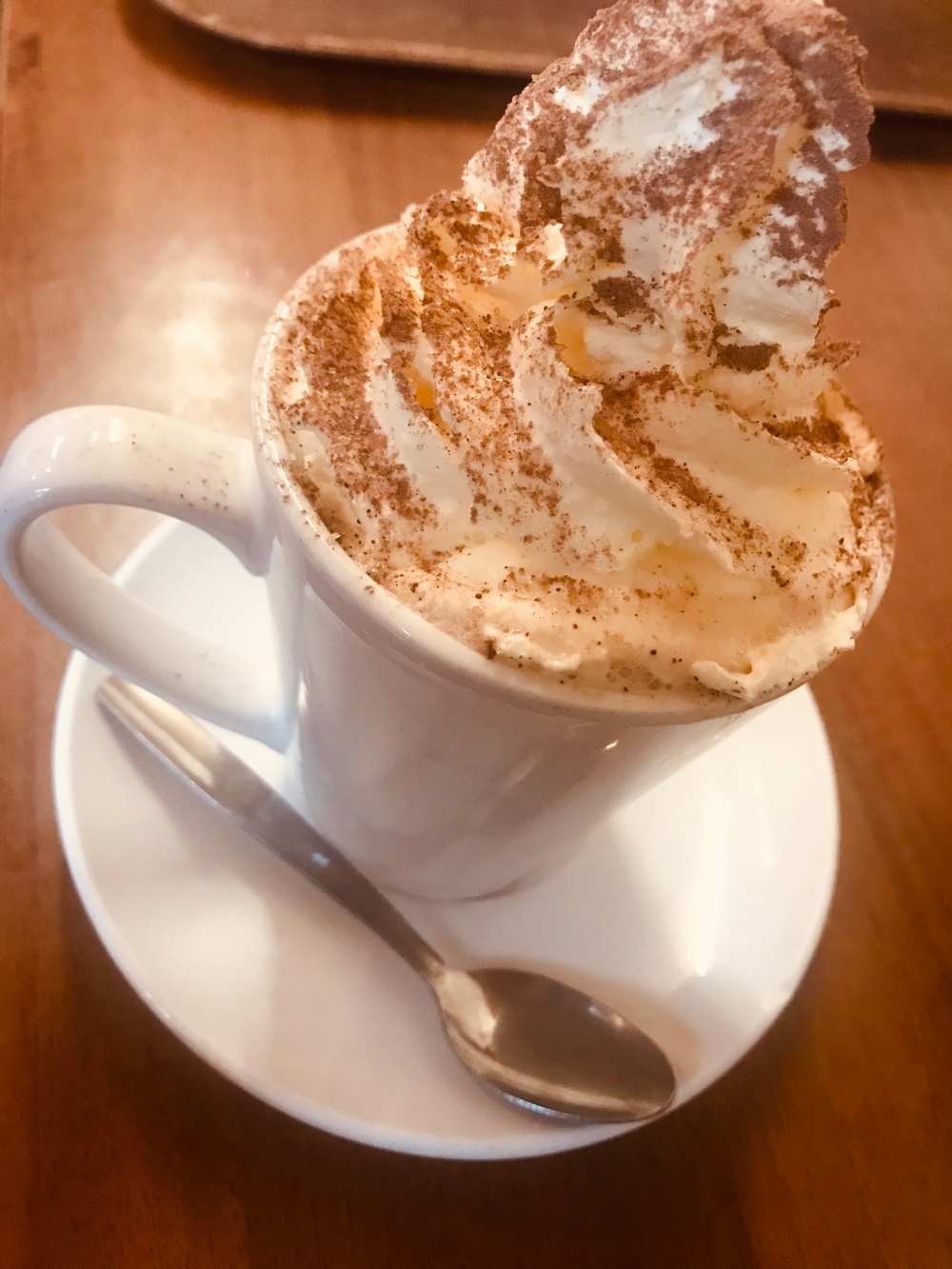 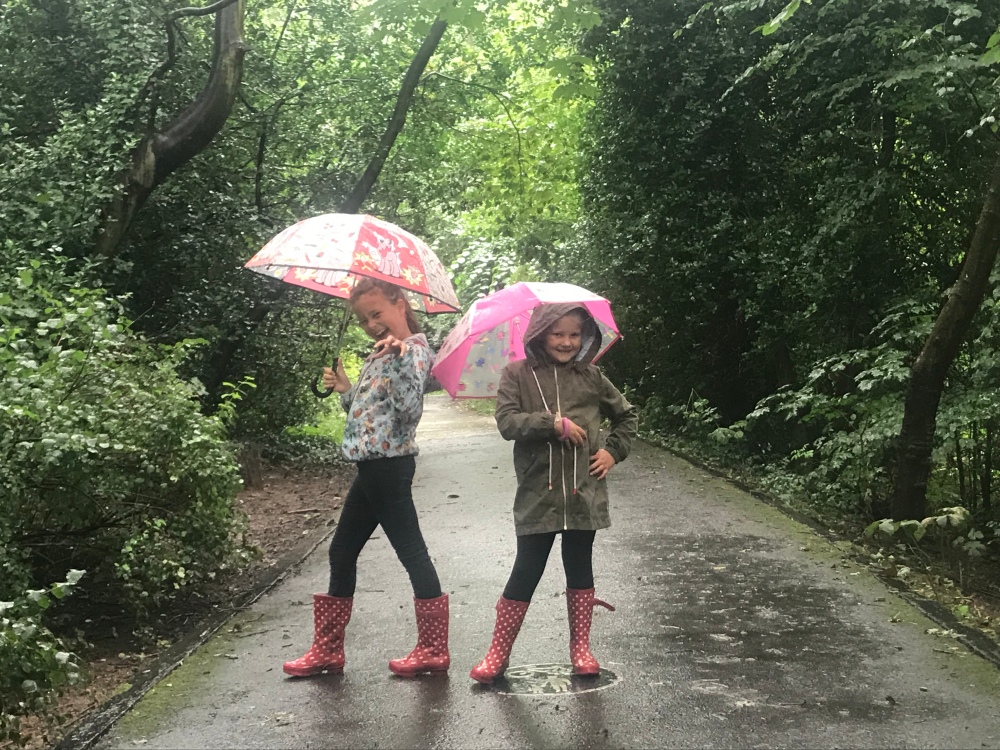 Next up – the girls had a five day break away with their Grandparents by the beach, they had a fantastic time and we kept in touch lots whilst they were away. We are so grateful that our children are able to enjoy holiday time with their grandparents – not that we were jealous at all about not being by the sea – we jumped on an airplane and hit Dublin town for some Guinness with our friends.

We had a brilliant time away. 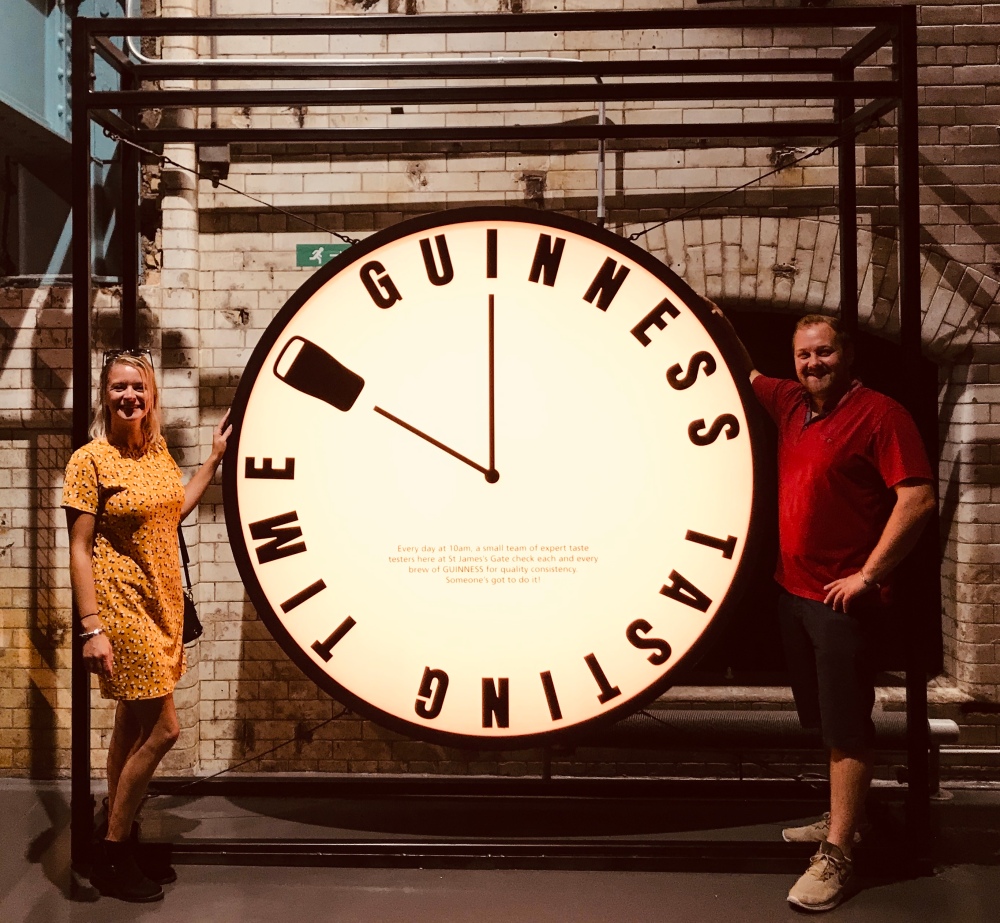 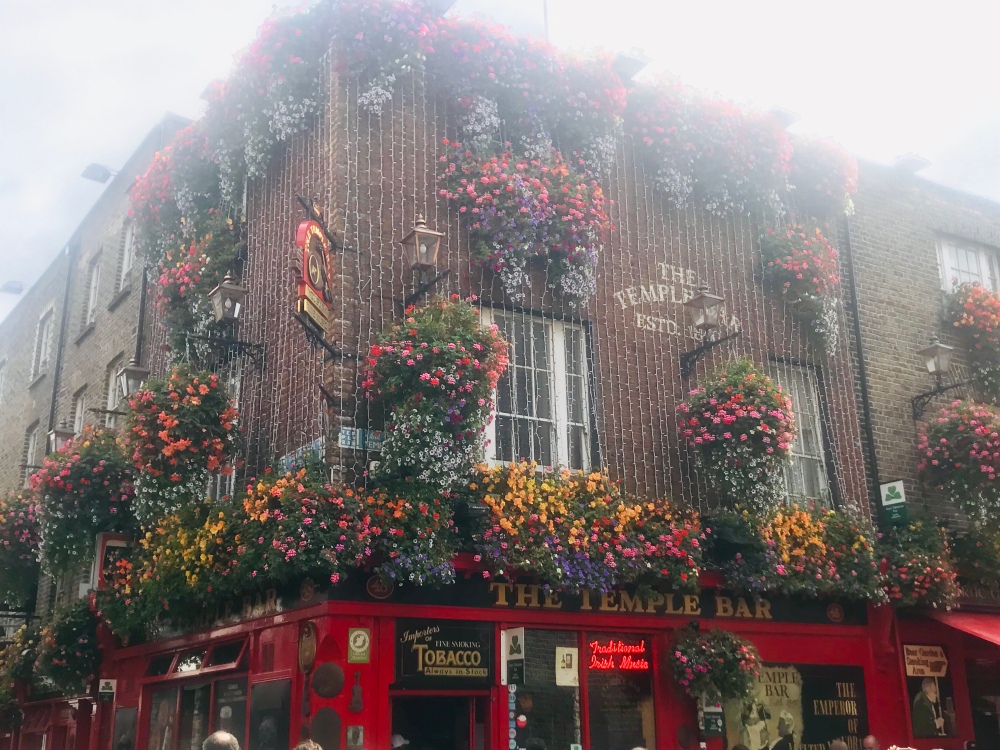 So much laughter! … and so much Guinness! We took the Guinness storehouse tour and even pulled our own pints! I think we did around 5 hours in there. There was lots of drinking and Irish dancing – which was amazing how they flick their legs and feet around like that, just incredible. Temple bar was as lively as ever and we enjoyed more than a few drinks around here.

I think we are all glad to be back home now. The kids are home. We’re all together and only one week left until school starts again! Phew!

It’s been a very busy month and we are so lucky to be able to do the things we do and have the adventures we have.

I hope you’ve all had a fabulous August and enjoyed the school holidays as much as we have! 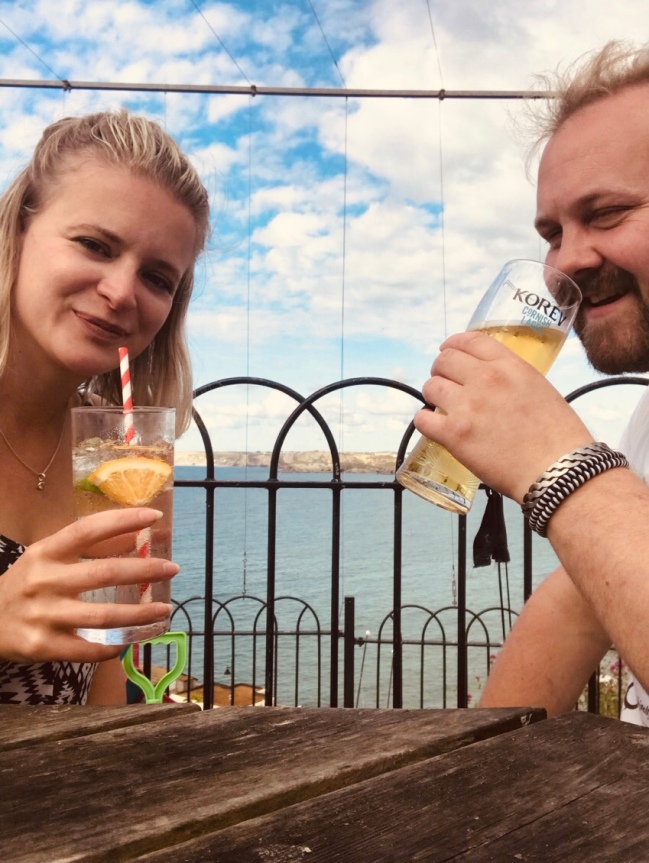 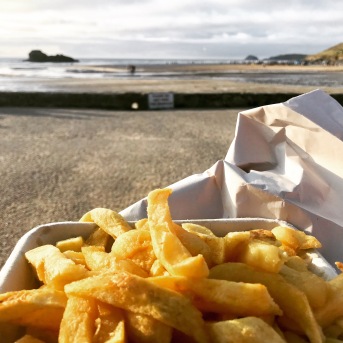 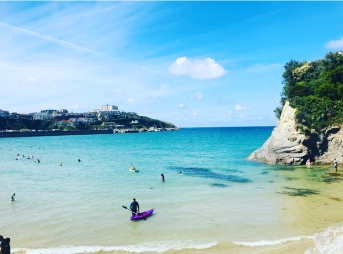 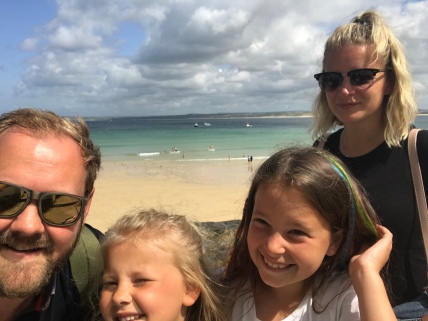 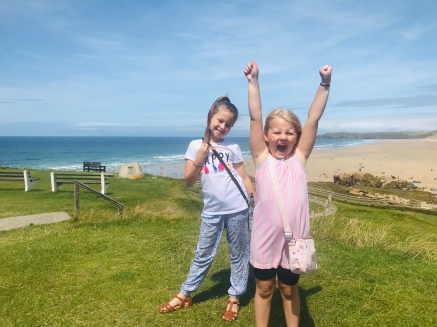 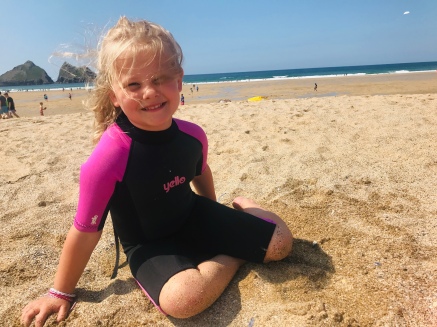 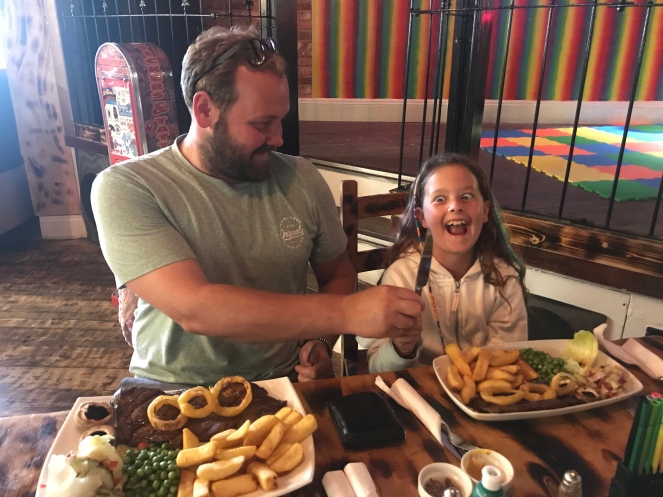 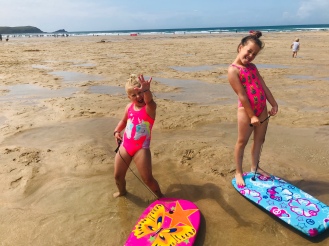 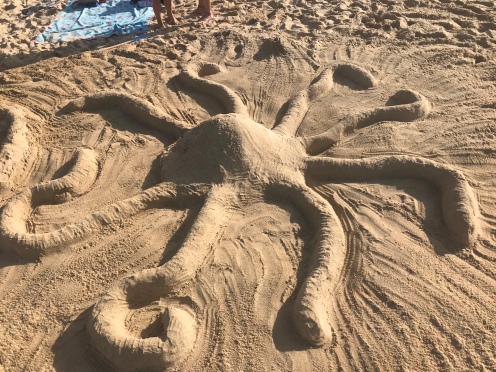